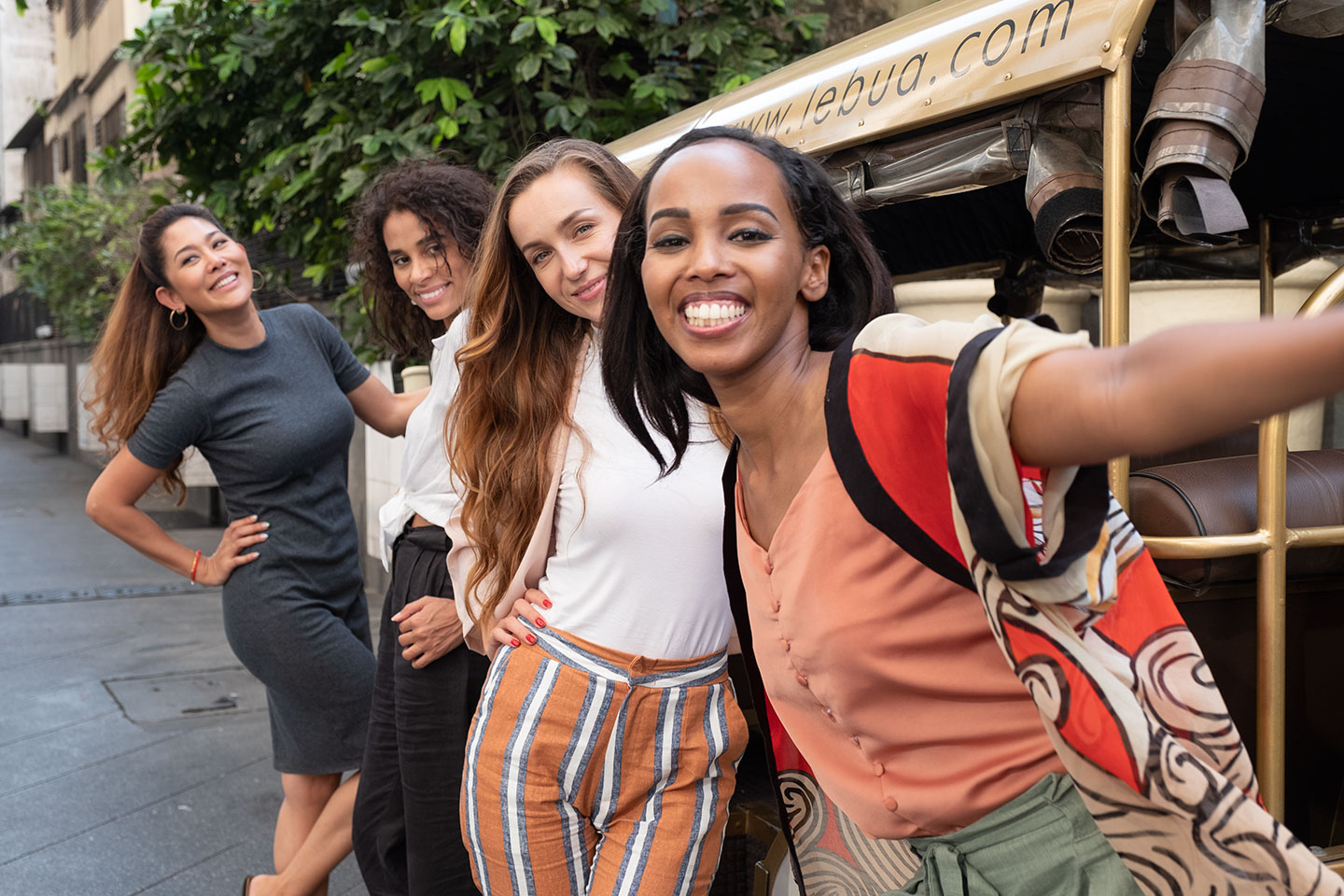 Welcome to the City of Angels

If you thrive on discovery and adventure, arts and culture, fascinating day trips and extraordinary nightlife, you’re in the right place. Exotic, exuberant Bangkok is unlike anywhere else on earth. To make it easier to explore the best of Bangkok, we’ve compiled a list of can’t-miss sights and attractions. But this is just the start.

If you want additional local insights, personalized itineraries, or insider tips on where, when and how to go, please don’t hesitate to contact our concierge team at +66 (0)2 624 9833 or concierge@lebua.com.  They’ll work with you to ensure your trip to the City of Angels is unforgettable from start to finish.

During his 22 years in Thailand, Jim Thompson reinvented the Thai silk industry and became a world-renowned authority on Thai art—before disappearing without a trace in 1967. He also built this magnificent house in the center of Bangkok. Get there by car, taxi, tuk tuk or Skytrain (National Stadium Station).

Bangkok's "Central Park" was created by King Rama VI in the 1920s and has managed to remain an oasis at the heart of the bustling city. Rent a boat and paddle around the lake or relax in the shade of a tree. You can get there on foot, by Skytrain (Sala Daeng station) or on the subway (Lumphini station).

Temple of the Emerald Buddha & The Grand Palace

The Temple of the Emerald Buddha (Wat Phra Kaew) and the adjoining Grand Palace form what is perhaps the city's most extraordinary spectacle, with more than a hundred brightly colored buildings, golden spires and glittering mosaics that date back to 1782— the year Bangkok was founded. Ask us how to get there from lebua.

Right across the Grand Palace’s Royal Field ('Sanam Luang'), you’ll find the National Museum. One of the largest and most comprehensive museums in Southeast Asia, it’s a great place to learn about Thai culture and history, as well as the role of Buddhism in daily life. The adventurous may want to take a stroll through Sanam Luang to get there.

Officially known as Wat Phra Chetuphon Vimolmangklararm Rajwaramahaviharn, 'Wat Pho' is the oldest and largest temple in Bangkok. Its 20-acre grounds include more than 1,000 representations of Buddha, including the impressive Reclining Buddha. Wat Pho is also known as the birthplace of traditional Thai massage, so make sure you get one here. You’ve earned it.

The famous Temple of the Dawn, as Wat Arun is generally called, is one of the best-known landmarks in the city. Insider tip: this temple, which sparkles in the sunlight, looks better from a distance than it does up close; your view—and photo op—from the boat will probably suffice. Ask us how to get there.

Crowded, bizarre and exciting, the country’s biggest market covers more than 30 acres and is home to some 10,000 shops and stalls. Pick up something to commemorate your time in Bangkok and ship it home from one of the market’s international courier booths. There’s plenty to eat, so grab some lunch to hold you over until dinner at The Dome.

Bangkok's first large-scale riverside entertainment complex is a 15-minute taxi ride from lebua, combining shopping, dining, sightseeing, activities and events under one roof. But this isn’t just any ordinary mall. Its cultural roots date back to King Chulalongkorn’s reign in the 1900s, and the construction of the East Asiatic pier, which has been restored to its former glory.